When I attended the Justice For Trayvon Martin Rally (or the $1644.38 Rally) in City Park in front of the Martin Luther King monument, I came to terms with something that I hadn’t *fully* comprehended until that day: black citizens are so very far from obtaining equality and justice, it isn’t even funny. And this is because of white acceptance – and *ignorance* – OF WHITE PRIVILEGE. 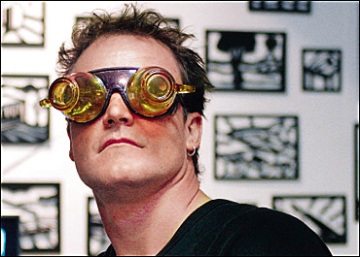 Black speakers asked of the white persons in attendance that they might act as an intermediary between the communities and speak out against the demonization of blacks. They asked that we speak up on behalf of Trayvon Martin and others who are slandered and caught in the line of fire of white anger against the existence of black people and their constant uphill struggle.

I’m always fascinated by this white indignation which defies logic. The ironic part about this white anger is that, though it’s directed at blacks, I believe it really derives from a very deep feeling of shame over the actions of our white ancestors. This is what many racist whites and non-racist whites have in common: white guilt and white shame. The difference is how we deal with that guilt and shame. Some whites, in a desperate attempt to relieve their own personal discomfort, try to deny accountability for past transgressions by claiming that racism is not currently alive in today’s world; therefore, they can not be personally “held accountable” for sins committed by ancestors long dead and now everyone should just shut up about it because no white people are harming blacks nowadays; I mean, after all, these white people and their friends haven’t burned a cross in anyone’s yard this week or hanged anybody for no good reason in their tree out back. And besides, they have black friends, which is clearly indicative of an absence of a psychotic drive to kill or maim blacks – and, even further, proves their desire to “include” black people in their daily lives.

Some whites go so far as to try and turn the tables, proclaiming that whites are now subject to “backward racism” and therefore this is proof that whites and blacks are systemically on equal footing – or worse, they claim that blacks have the upper hand since they “have” things such as affirmative action and black scholarships. Don’t bother examining why these things had to be put into place in the first place. Don’t bother contemplating the potential fallout were these things to be removed. Don’t bother researching the severely lopsided percentages of blacks in colleges, in prisons, or unemployed altogether.

But-but-but… Surely, the fact that blacks aren’t in college reflects their lack of intellect, skill or interest and almost *certainly* not their disenfranchisement. Surely, their overwhelming presence in prison reflects the inordinate number of criminals among them and not police profiling, unnecessary searches, and bias within the court systems. Surely their numbers of unemployed citizens reflect their laziness and delinquency and not an unjust hiring and firing process or racism in the workplace. Surely. These are the kind of promises that some white people tell themselves to help ease the guilt and shame of NOT standing up against what they KNOW to be wrong.

Because, hey, it can get uncomfortable standing up for black people. They might not even WANT your help. You might inadvertently say something offensive. Or racist. And then you look like an asshole.

Yeah, I know. It’s no fun and it can get uncomfortable. It’s not easy, like “Like”ing Facebook posts about patriotism or talking about how great mothers are. It can get messy and you might even discover horrid things about your own racism and prejudice along the way. It can be shaming. It can be frightening. But it needs to be done. It’s our responsibility.

Ask yourself this question and this question alone: is it right for a grown man to confront an innocent 17-year-old kid and shoot him in the chest as a result of an altercation that he himself pursued? If the answer is NO, STAND UP FOR TRAYVON MARTIN TODAY. Tell someone you know that they are full of shit and tell them WHY. Don’t let your friends get away with distracting from the horrific wrong that has been done here. In THIS case. THIS time. Forget about the politics and the colors and the arguments. Think of that teenage boy who was not beaten, not pistol-whipped, but SHOT in the chest after being NEEDLESSLY stalked by a grown man. Take off your White People Goggles and reach out to the black community and defend the innocent when they are slandered. Because the black community is YOUR community. When it comes down to it, we ALL share the SAME ANCESTRY. We are ONE PEOPLE. Don’t let curly hair or blue eyes fool you into thinking otherwise. Trayvon Martin is OUR son and EVERYONE’S responsibility. 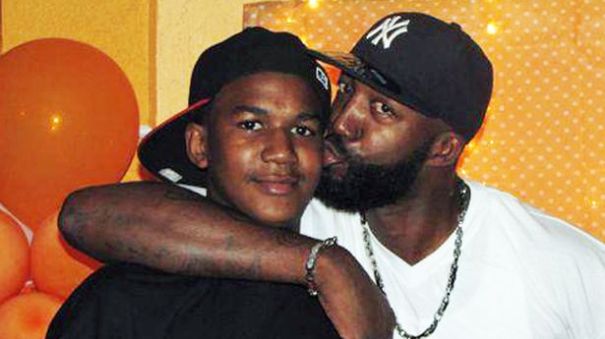