The Latest in Victim-Blaming: Treating Addiction Like a Choice

Indiana Rep. Jud McMillan (R.-Brookville) recently sponsored and then withdrew a welfare drug testing bill which would have mandated testing for individuals 18 years of age and older who receive assistance under the Temporary Assistance for Needy Families (TANF) program. There was a small hitch when South Bend Democrat Rep. Ryan Dvorak responded to McMillan’s proposal with an amendment that would additionally require elected officials to undergo drug testing. As a result of this amendment, McMillan withdrew the bill. However, he reportedly plans to reintroduce the bill on Monday.

The hypocrisy and victim-blaming is at an all-time high within the Republican party. If you don’t have insurance due to a lay-off or unforeseen financial struggles, they cheer for your death. If you don’t have a job due to the sad state of the economy and rampant outsourcing, they tell you to take a bath and shut up. And, most certainly, you are at fault for any personal weakness you may have and you should be either indifferently discarded or righteously punished for such weaknesses.

But apparently not all recipients of government money are created equal. As Assistant Minority Leader Rep. James Clyburn (D-S.C.) told the Huffington Post, “I don’t see anyone in the Republican majority demanding drug testing for folks who receive oil and gas subsidies.”

This bill is merely one of many manifestations of the too-common, bipartisan practice of victim-blaming frequently directed at addicts. It’s so easy to do – much easier than looking closer at the issues, concerning yourself with the fallible human factor, experiencing empathy or compassion for your fellow Americans, and creating progressive policies based on effectiveness. Blaming addicts for their addictions is the latest trend in political band-wagoning.

Addiction, whether or not you consider it to be a disease, certainly has the criteria. According to the Encyclopedia Brittanica, disease is described as “a harmful deviation from the normal structural or functional state of an organism. A diseased organism commonly exhibits signs or symptoms indicative of its abnormal state.” And, whether you believe it or not, no one intentionally sets out to incur an addiction.

People have weaknesses and are susceptible to irrational behavior, especially when distraught. Some of the major risk factors for drug addiction are mental illness, anxiety, depression and loneliness, according to research by the Mayo Clinic.

Do we blame those who suffer from bipolar disease for their distractability, rapid speech patterns, insomnia, impulsiveness, delusions and irritability? Do we demand that these people “stop being bipolar” in order to merit our sympathy or care? (The answer is no.) Fortunately, sufferers of bipolar disorder currently have the option to take medication (that is, if they can afford insurance or qualify for medicaid). Unfortunately, there is no reliable method for treating addiction.

Statistics show that 19.5 million people over the age of 12 use illegal drugs in the United States (Mayo Clinic). 12-step programs such as N.A. have failure rates of between 90-95%, depending on the source of the statistics. It’s easy to blame the participants in the program; it’s easy to claim that they’re not trying hard enough or that they don’t really want to quit. But the reality is that addicts have little to no control over their impulses and actions; their brains are, in most cases, physically impaired by chemical dependence on the substance. Even cigarette smokers have a nationwide 90-95% failure rate for quitting, regardless of their methodology.

These are things that most people don’t want to hear. People want to believe in the success story, like all those 80’s movies where babysitters become fashion designers overnight, or the mailboy makes corporate partner in a week. It makes them feel better about their life. It gives them hope.

Unfortunately, the facts are not very cheery and sometimes there’s no way to climb back out of the gutter.

Family members, spouses, and friends of drug addicts (if they’re not drug addicts themselves) often go the route of “tough love”; in other words, the shunning and alienation of  their struggling loved one. This method of encouraging recovery through ostracism is firmly anchored in victim-blaming. It’s also unrealistic. Without a support system, a person is unlikely to acquire enough emotional strength to rip themselves away from their sole source of solace. Additionally, an addict lacks realistic perspective and they need a trustworthy confidant of sound mind who cares enough to help point them in the right direction. Occasionally, a person gets their life together and beats their addiction despite their growing despair and isolation from friends and family, but more often, people fall deeper into the warm, comforting arms of their addiction instead.

Punishing those who struggle with addiction is a backward and harmful policy. The fewer resources and loved ones an addict has to conquer their addiction, the less likely they are to recover.

Not everyone can be helped, either. Some situations are irreparable. It’s not pretty, but it’s true. And the sooner we face it, the sooner we can move forward and make changes that might actually help addicts instead of kicking them while they’re down. “Tough love” policies may be convenient and quick ways to ease our feelings of guilt and responsibility for those in need, but they only make matters worse. Victim-blaming makes people feel better about themselves and their inaction. It’s time to end this cycle of behavior. It’s time to find ways to make things better. 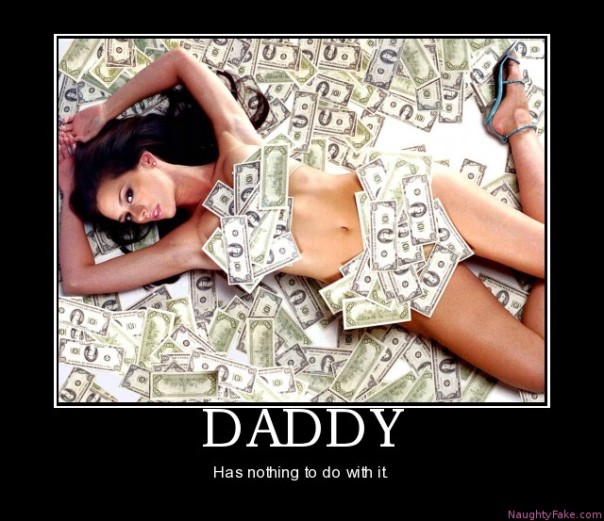 I Was Just Thinking